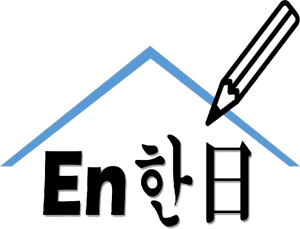 The London Korean-Japanese Culture Club is originally from the Mito Korean Cultural Club, which was established in 2007 in Mito City in Japan. We provide individual and group lessons by qualified instructors to those who are interested in the language and culture of Korea and Japan.

Moreover, our long term goal is to deepen exchanges and friendship between Korea, Japan and the UK through helping people improve those languages as well as understanding different cultures. In addition to language tuition services, we also provide information on Korean and Japanese events to help you understand their cultures.

By learning Korean and Japanese, you will deepen your understanding of Korean and Japanese cultures and create many experiences and unique memories. You do not have to deliberately go to Korea or Japan as we can easily teach you the languages and cultures so that you can feel as if you are learning the languages in Korea or Japan. Further, it would be a great opportunity to and make Korean or Japanese friends in London!

Konnichiwa! Annyeonghaseyo! My name is Min Jeong, The representative of the London Korean Japanese Cultural Club. I was born in Seoul, Korea and lived in Japan from 2003 to 2009. I studied Japanese at Mito International Japanese Language School and studied multinational business theory at Ibaraki University since 2005. As well as studying, I have spent many student years to improve my Japanese skills and understand their culture with a lots of Japanese people through various occupations and social activities.


I established Mito Korean Cultural Club in 2007 that provides Korean language and culture lessons to over 100 Japanese people in Japan. I also helped more than 50 Korean people living in Mito to quickly learn Japanese and settle in to their local lives.

As soon as I graduated from Ibaraki University in 2009 I came to London and established the London Korean Culture Club focusing on supporting people in London to learn Korean until I finish my Master’s course. I have taught Korean to more than 30 people living in London. One of my students who I impressed me was the young Japanese university student who learnt Korean from me for about two years and achieved TOPIK II 5 level (Korean language exam).